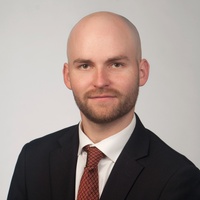 Jack, a native of Jackson, MS, moved back home after working in Nashville and New York City. Jack worked on the sell-side as an Institutional Municipal Bond Salesmen and assisted in covering mutual funds, hedge funds, insurance companies, bank portfolios, and SMAs. This gave Jack unique experience in fixed income securities and macro-level views of the market. Having been on the institutional trading side of the business, Jack saw a side of the business that most retail clients don’t get to see.

Jack received an undergraduate degree in finance and an undergraduate degree in public relations from Mississippi State University. While working at UBS in New York City, Jack learned how to build relationships with traders, underwriters, and institutional clients alike in order to facilitate business, which he now does with individuals and families.

Jack and Johnny first connected in 2018 while Jack was working in Nashville. Jack and his wife, Melissa, enjoyed NYC, however, they were ready to start a family. When they decided to move back, Johnny recruited Jack to join him in Jackson. They welcomed their first daughter Isla upon returning home.